A PPC Tutorial (with a Slice of Mardi Gras King Cake) Sometimes I sit down to write a serious blog about marketing. More often than not my blogs are about pay-per-click (PPC) and all the things you should know about it. However, this isn’t the right time of year for a serious blog, at least not if you live in New Orleans. It’s Mardi Gras time!

All I really want to do is write about King Cake, super Krewes, and fancy balls, but I have people to answer to so I’ll make this somewhat educational. Let’s build a Google Ads campaign together for a Mardi Gras Krewe that I love, Orpheus. This partial tutorial will be your chance to follow my thought process as we build the campaign.

First up, we need to know who we are marketing to. Without this knowledge, it’s impossible to begin. This one is fairly easy, we want to show our ads to people looking to see a parade and learn more about the Krewe of Orpheus. We will also need to set a goal so we can judge our success. Let’s say our goal is to get as many people to the parade as possible. Sure, that’s not a thing we can easily count but for the sake of this blog, it will work just fine.

Now that we have a goal and a rough idea of who our target audience is, let’s see what our budget looks like… I’ll be restricting us to $30 a day which is not a lot. Sorry, but I’m the type of person who plays video games set on the highest difficulty. If we made this super easy, what would be the point?

Alright, we are set.

The First Set of PPC Decisions

Now that we know the who, why, and what our budget is we can start to make some PPC decisions. The first big decision here is our structure. We have a very limited budget so we want to make sure we don’t build too big and stretch our funds too thin. My suggestion is that we run a single campaign. There are different reasons you might create a campaign, more often than not my campaigns exist to serve a specified region.

Let’s create our campaign and title it “Gulf Coast & Louisiana 2020.” In our campaign settings we will add some targeted locations to match the name of our campaign. Let’s see where that would put us:

This is a solid start. We have the base of a simple one campaign structure. There are some additional campaign settings we can start to mess with but we will double back to them later. Let’s continue.

What To Do About Ad Groups & Keywords

Let’s start to look ahead to our keywords. Yes, we won’t have anywhere to place them until we have our ad groups, but if we have a general idea of what our keywords are we will know how many ad groups we need. In a lot of ways, this is a chicken or the egg situation.

My approach to this is fairly simple. I have the luxury of working with our SEO team and often times keyword research is done before I ever touch an account. I like to look over the research and pick 3-5 primary keywords that each have 4-10 keywords related to them. Those primary keywords become my ad groups.

I understand this is confusing so think of it this way:

Primary Keyword: Krewe of Orpheus
Related Keywords: When is Orpheus, how many floats are in Orpheus, Harry Connick Jr founded Orpheus, celebrities in Orpheus, the history of the Orpheus krewe, etc…

Hopefully, it’s starting to make sense. Ideally, there are 3 to 5 of these that we can build each ad group around. Taking these keywords and creating the ad groups is fairly simple. Here is how I would do that using the same examples from before:

Keywords for Ad Group #2: Krewe of Orpheus, When is Orpheus, how many floats are in Orpheus, Harry Connick Jr founded Orpheus, celebrities in Orpheus, the history of the Orpheus krewe, etc…

Let’s recap, we now have a campaign with ad groups under it. Each of those ad groups has a list of keywords within them.

The last step (for the sake of this blog) is the creation of the ads. Yes, there are different ad types and some of the newer ones, like the responsive ad, deserve your attention but for today we are sticking with expanded text ads.

For this example let’s build an eye-catching ad that we will run in our first ad group. To begin, we need three headlines that will both grab someone’s attention and convey a quick message.

Headline 2: See The Krewe Of Orpheus

Take note of my use of a keyword variation in the headlines. Chances are someone who is searching for Mardi Gras Parade info will see a headline like that with a keyword they used in their search and they will want to learn more.

So, now we can come up with two descriptions that will appear with this ad. These will be longer than the headlines and will tell a potential parade goer just enough to get them to click on your ad. We need two of these:

Description 1: The Krewe Of Orpheus Is The Mardi Gras Parade You Won't Want To Miss.

I made sure to include a keyword or two in the description as well but I didn’t go overboard.

At this point, it is safe to say we have an ad on our hands. Let’s see how it all stacks up:

The Best Of The Rest

There was no way that I could cover everything. So what did we miss?

While not everything could be covered in this one blog you should have enough to begin to build your first campaign OR you can just do some Google searches on Mardi Gras and get yourself a King Cake sent your way. However, if you don’t want to build a campaign yourself I’d be more than happy to talk to you about the process and how SMA can work for you. 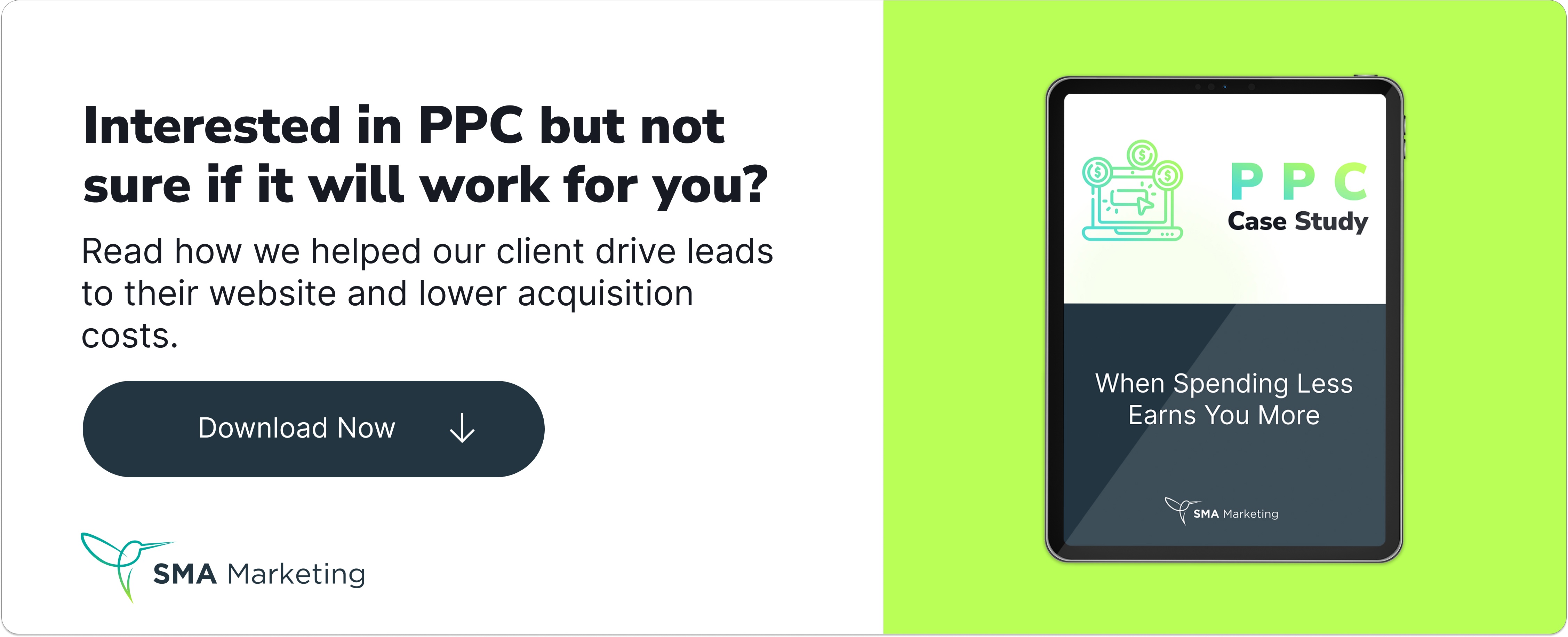 How to Advertise Your Business Online SEO and PPC Working Together - The Best of Both Worlds