Lessons I Learned in Film School That I Use In Marketing

I have an M.F.A. in film production that, at times, can be hard to use in my everyday life. Don’t get me wrong, my film career was a lot of fun, but now I live primarily in the marketing world (only taking 1-2 film jobs per year), so there isn’t always a lot of crossover. To be honest, film school isn’t always the most practical thing for those looking to work in film. Attending is a personal choice rather than a necessity, and it’s one that can cost you as many jobs as it helps you get if you are not careful about whom you discuss it with. However, there are days in marketing where I can draw from my time in film school to help me with my work.

These three lessons have helped me more often than not despite having origins in entertainment.

Everyone Has Their Own Shade of Red

At one point a professor of mine who taught post-production and who had spent decades editing big-budget feature films told me, “everyone has their own shade of red.” I’m not sure if that was their quote or if they had heard it elsewhere. I’ve never been able to find it, so I’m going to say that it was theirs. When they said it, they were referencing my struggles with editing a film. When you edit you end up with versions of your film that you show to peers and instructors to get feedback. At times the amount of feedback you get can be overwhelming, especially when it goes against your best instincts. So, when I was told this what I was being told was, “yes, others might have different opinions because we all see things differently but in the end, it’s your film, it has to be what you want it to be.”

How can this apply to marketing? Easily. At least four times a week I end proofing a blog that I did not write. As I start to craft my feedback for the writer, I try to keep this in the back of my mind. It helps me focus on giving feedback on things that are factually wrong, poorly written, or poorly formatted. While at the same time I do my best to avoid feedback based on my personal preference. With that said, there are times (rare times) where I feel a larger group of readers may reflect my opinion, and then I will notate it.

This same concept is applied when I write a blog. I am fortunate enough to have some fantastic people proof my work. Trust me, as a reader of mine you are equally lucky. However, there are times where I will receive a note, and it will feel like my proofer missed my point entirely. When this happens I ask myself is this a case of my shade of red differing from theirs or did they miss the point because I failed to articulate it properly? When you ask yourself this, your answers will vary from blog to blog and note to note, but it’s a great place to start.

Just Do The Work

Does this one seem too simple? Let me explain. Film professionals are probably the hardest working people I have ever been around. They almost never work less than 12 hours a day, they find themselves in terrible locations often for jobs that offer no long-term security, but they do what they do well. Now imagine a 12 hour night on a film shoot followed by a full day in the classroom… film school can get rough.

There is something amazing that happens on a film set. Despite the tough hours (and no pay if on a student film), everyone does what needs to be done. All of this is done with the understanding that budgets are limited and time even more so. So, if you’re going to make it in film you need to get your work done and do so in a way where no one will ever question hiring you. This same principle is seen in many professions, but I’ve always found it most pronounced in film.

I hope it’s evident that in marketing the same principle can be applied. It isn’t always about how you do the work; rather it is the actual work itself. Are you writing a blog at 6 AM or 6 PM? It shouldn’t matter as long as the blog is something your client is happy with. Did you design your latest infographic with an Adobe product or another design app? If it’s bringing in leads then who cares? Do work that no one will question, and you’ll never have to explain to anyone how you are doing the work.

This one sounds like the easiest, but it can be the hardest. Film school is all about finding your creative voice or in other words, learning to be yourself. For me, it was about learning how to craft modern fairy tales and infuse magic into normal everyday life. For others, film school can be a time to find their voice and speak out against some truly awful forces that exist in the real world. Learning to do this can be difficult. It is easy to follow others and do what feels safe however it is nearly impossible to find your voice when you spend your time repeating the words of others. I can speak from personal experience; it is scary to do something so different from your peers that you’re not even sure that what you did is within the same medium.

This same concept is equally important in marketing, especially content marketing. When I first started at SMA, I struggled to balance writing blogs that sounded like me but met SMA standards. We’ve got some amazing writers at SMA, but I’ve been aware since day one that my blogs don’t necessarily sound like their blogs. It took me a long time to make peace with that.

I’ve since realized that my blogs are going to sound like me and that can be a good thing. I’ve also learned how to mix company standards into my work, so I retain my voice but accomplish SEO goals. Regardless, learning to write blogs using my voice has allowed me to explore topics that I may have not otherwise approached. My most “Jared” blogs tend to be more popular than the blogs I’ve written trying to fit in with everyone else. Heck, embracing who I am when I write is the reason that sitting next to me on my desk is an Australian trade magazine that contains a printed version of my Snapchat blog.

Be yourself in your content marketing. Your readers will appreciate it.

If you don’t know why I’m calling this section “the Martini Shot” do yourself a favor and look it up. You can consider it your film research of the week.

Learning to trust my instincts, finding ways to professionally do the work no matter how undesirable the work can be at times, and figuring out how to insert your voice into your work are all great skills to take into marketing. If you have a story about translating past work or school experiences into the marketing world, I’d love to hear them. Feel free to comment here or reach out to me, and as always, happy marketing. 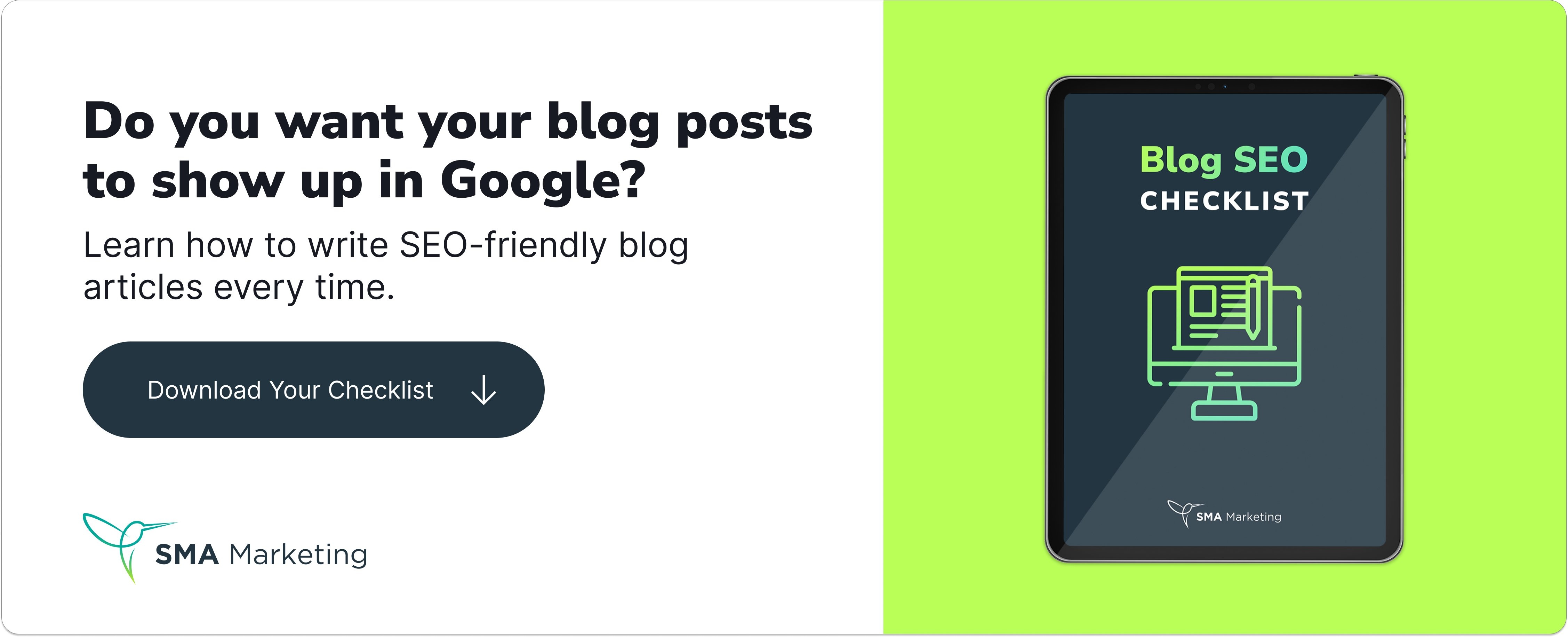 Google MUM & The Future of Search