The team over at Google Search is keeping us all busy to end out the year! If September's major updates to both local and the core algorithm weren't enough, now Google has let us in on their next planned update. The announcement came in the keynote from Gary Illyes at Google (basically the new Matt Cutts) on Thursday at Pubcon Vegas 2016. In the next few months, Google is planning on dividing their index between mobile and desktop. But here's the kicker, the MOBILE index will be the primary index. Check out the video below see what you can do to prepare. About Wistia
message
Subscribe to our Blog!
It's worth it, we promise:)
Error text

Hey, what's going on everybody? I'm Ryan Shelley, and this is the SMA Marketing Minute. We're having another episode dedicated to a major update over at Google. That's right. We got another one coming. Last time we talked about Possum - the release of the brand new local search algorithm update and what you need to do to prepare. We also saw, right after that, Google released Penguin 4.0, where they made Penguin a part of the live algorithm update. Well, we've got another update coming that's going to be released in just a few months, and it's Google dividing the indexes. The indexes right now are basically the same. You have one index that reads for mobile and desktop, but the adjustments are a little different depending on the device. Well now, Google's actually going to separate and create two separate indexes. One for mobile and one for desktop, so now we're going to talk a little bit about what that means and what you can do to prepare.

What is an index? Well, the Google index is really the rankings. It's the list of sites that rank you for a particular term, particular target, and it's how they actually rank from top to bottom - from most relevant to least relevant. Up and to this point they've had one major index and then it slightly alters itself based on the device you're using, your location, who you are as an individual. Well now, Google's actually going to separate them into 2 indexes. You're going to have one that's primarily dominated for mobile use, and you're going to have another one that's desktop. Here's the kicker. The main, the primary index for Google, is actually going to be the mobile index. This is where we really need to understand what we need to do to prepare and get ready for this separation in the index because the mobile index is actually going to refresh a lot more frequently now than the traditional desktop index.

About a year ago, it was March of 2015; Google talked about the mobile-friendly update. It was dubbed Mobilegeddon. A lot of people who hadn't really brought their sites up to mobile friendly status were a little bit scared and kind of rushed into a panic to make sure that they met the new qualifications. Well, after about a year of Mobilegeddon, Google released a statement saying that they're getting rid of the Google mobile friendly tab because most of the sites had made that switch, but they haven't abandoned their focus on mobile. Mobile is still their primary focus because more and more people are continuing to search via their smartphones. This new switch to the mobile first index is going to continue to put a primary focus on mobile sites. What you need to do is make sure that your site is not only mobile friendly, but it's optimized for mobile. That you're targeting mobile customers. That you're making it easier for those customers when they come on your site to take the action you need to close the sale.

The AMP project was released by Google and a few other large companies a few years ago to help bring developers into the conversation to make better mobile experiences for users. If you're not using accelerated mobile pages now is the time to start doing that. More emphasis is being placed on the user, their behavior, and especially their behavior on mobile. We did a post about accelerated mobile pages you can check out, we're going to provide the link, to give you a little more detail of what you need to do to get started and how to make sure that your pages are mobile friendly and fast so that your users will not only find them, but also engage with you once they do.

Well, that's a wrap for this episode of the SMA Marketing Minute. If you have any questions or concerns about this new index split, please let us know. Send us a comment below. Shoot us an email. We'd love to help you out and figure out what we can do to come along side you and get a strategy together to make sure that you're not only ranking, but you're driving in relevant traffic. We hope you have an awesome week and we'll see you next time on the SMA Marketing Minute. 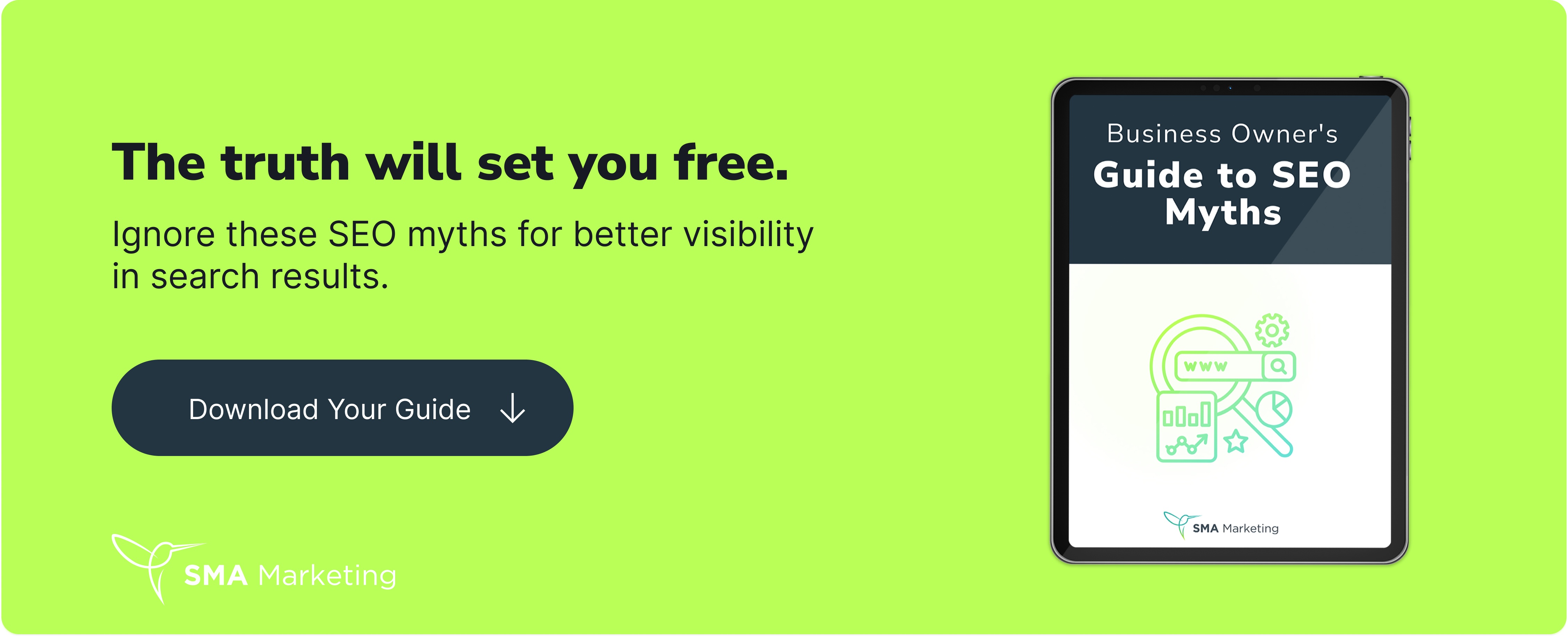 Voice Search for B2B: 3 SEO Tips to Get You Ahead of the Competition