9 SERP Features You Should Be Leveraging

In the "good days" you used to only have 10 blue links on each search results page. Over the years, Google has not only updated their algorithm, but they have also made major changes to the search engine results page (SERP). In this video, I'll share 9 premium SERP features that you should target to get your site on the first page.

We're going to be talking about the nine SERP features that you can rank for inside of Google search without owning one of those blue links spots. In the we had ten listings on that first page that you could rank for organically. Today, along with Google's changing algorithm they've also changed the way that the SERP features exist and how they're laid out. This is due to a lot of people engaging with cell phones, smart devices like iPads as well as the way users just have shifted the way that they expect search results to perform for them.

So what are some of those other ways that we could rank for on Google and how do we get those positions? The first one we want to talk about is the direct answer box. This shows up when you ask Google a direct question that could have a specific answer like, who is the seventeenth president of the United States? Or what is 24 times 14? Instead of showing you a listing up at the top usually what Google will have is a direct answer, it will tell you specifically the answer to the question that you're asking.

The second feature is the featured snippet box. This is very similar to the direct answer but it has a link to the supporting site and a little bit more information associated as well. It's also a little bit easier to rank for so a featured snippet box is going to pull an image and a paragraph as well as the title and a link to that specific page. Typically if it's a biography you're going to see stuff from Wikipedia or encyclopedia sites but you'll also have things like a bullet list or numbers list. Maybe step one, two, three and four. You could even see in these featured snippet boxes. this is a great opportunity for you to look at the types of terms that people are searching for, figure out the type of content that Google is returning, create that type of content and then mark that content up using Schema Markup. We've done a video on Schema and Schema is something I highly recommend. It plays a huge role in all of these featured listings but it's important for you to have the right content first and then go back and mark that content up so that it is more easily found in the search results.

The third one is rich snippets. This is directly impacted by Schema Markup. This is typically where you'll see the title, you have a URL and then right below that in between the URL and the description you might see reviews, you might see some other links associated with that piece of content but it's typically that five or reviews. Those are pulled from Schema. Those are pulled from structured data. This is how you could use structured data to make your listing look a little bit better, stand out a little bit more from your competition and allow your site to get a lot more visibility.

The fourth is mobile rich cars. This is specifically for mobile and Google's adapted the way the search results are going to look on a mobile device to make it more mobile friendly. It's going to have those nice boxes with an image and a big title and a link straight to that piece of content that they're believing is the most worthy of that placement. Again, you want to have your data structured, you also want to make sure that it's tagged appropriately and it wouldn't hurt to make sure you're using accelerated mobile pages as well. That is something that is sponsored and supported by Google and it's something that you also should be taking note of as a webmaster and putting into your marketing strategy when it comes to mobile viewing.

Similar to the knowledge graph you have the knowledge panel. This is typically more with locations that have ratings and rankings as well. You'll notice in a knowledge panel you'll get directions or see the website as well as maybe something to do with reviews here. So again, as you're starting to see these come together where you need to have the right content, you need to have the right images but then you also want to make sure that your website is marked up using schema. I've said that a couple times now and at the end of this video there will be another video that you can use to learn how to use structured data and use Schema.org. It can seem overwhelming at first but trust me, watch the videos and start to implement it, you'll get the hang of it and your site is going to start seeing much better results in search.

Number seven is 100 percent local. It's the local pact. This is if you're looking for a local business, you're Googling on your phone or maybe on your PC at home and you're going to see a map and then you're going to see listings under that map. It's going to have the location of a place, it's going to have a pin in the map where that location is. It might have some reviews, some links to websites as well as images. This is where you want to make sure you have your NAP, your name, address and a phone number on your website. make sure you have an optimized Google My Business listing. That's where they're going to pull images and locations into the local maps is using Google My Business. Now it used to be that you also needed to have a Google plus account and all that but as we know Google Plus has died, goodbye Google Plus. May you rest in peace. But Google My Business is still extremely important, extremely active. Get reviews on there, reviews are extremely important when it comes to local search. Make sure that your Google My Business place is optimized and that your site also reflects that information in the name, address and phone number.

Number eight is a very cool box and it's called People Also Ask For. So let's say somebody types a query into Google, well if you go down the page you also might say, "Hey, people asked for this question but they also followed up with this question and this question and this question. There's probably a level of five questions and once you click into a question they're going to add more. So this is a way for you to slide into that first page results by giving people what they ask for. You're if you're not ranking for that specific term or phrase but you could be ranking for something related, this is where understanding schema markup, understanding the related keywords and topic-based SEO is extremely important because this is going to make sure that your site is not just focused on one term but it's focused on owning a topic. And inside that you're going to have hundreds and sometimes thousands of different terms that your website can start to rank for.

So look at these people who also ask for questions and say, "Do I have content that answers that question?" If not, how could I create the right answer or try to anticipate peoples' answers? Again, Google is trying to deliver the best result in the shortest amount of clicks. A lot of people will do two, three or four searches before they get the right answer. The people also ask for boxes trying to help people skip maybe that second or third search and show a question that they may be thinking about asking in order to get that result. So typically inside these boxes, there's only one listing so it's important that you have the right content and then you can connect it to your overall strategy and website content.

So the last one is number nine. This has to do with the image package and today we also have the video carousel and sometimes you'll see a video pack as well. Now, this is when an image or a video shows up for a specific keyword. This is where you need to optimize the multimedia parts of your content. Just putting an image or a video on your site isn't necessarily going to mean it'll rank in your search. For images, make sure that the title, the alt title tag, the description of the image has your keywords in them and that they're keyword focused and that they make sense for the content. Google can read those images, they can understand a little bit of the context of an image with their AI tools, we know they're scanning images and optimizing is making sure they read it correctly, does this image make sense? So make sure that you do that. For videos, the same way. Now how you markup your video, yes you want to have the right file names but you also want to make sure that you're using the Jason Schema markup for video. That you're putting in the titles, the descriptions, how much engagement that video has received, what's the rating of that video, what's the supporting thumbnail. That's going to help make sure that your videos also show up in search.

So as you can see from this video we've got a lot more than the ten blue links we used to have. We discussed nine powerful new search features that you can start to take advantage of. 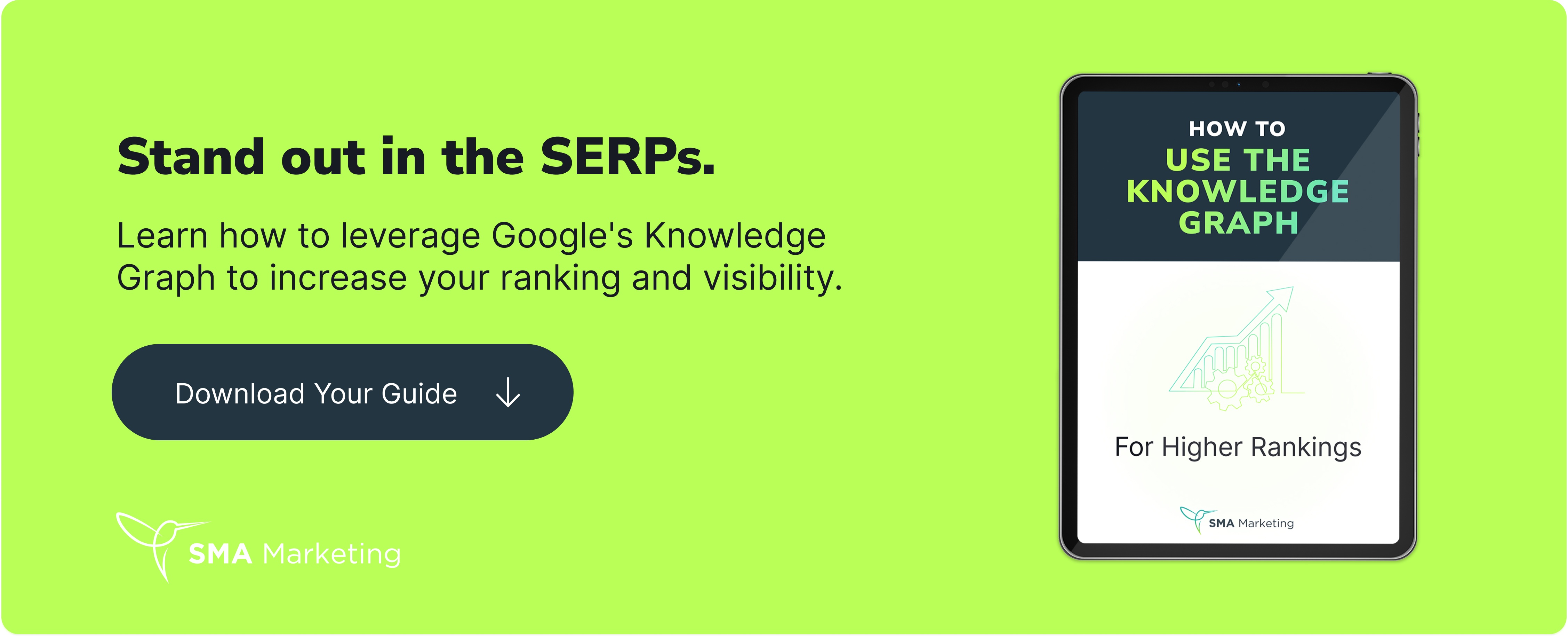 Keywords vs Topics: Optimizing Your Pages for Search